Valentine’s Day Gifts From The Heart

Valentine’s Day across the world is typically associated with lovers and the exchanging of gifts, but behind the commemorative day is a past shrouded in mystery. One story, according to History.com , says that:

The Catholic Church recognizes at least three different saints named Valentine or Valentinus, all of whom were martyred. One legend contends that Valentine was a priest who served during the third century in Rome. When Emperor Claudius II decided that single men made better soldiers than those with wives and families, he outlawed marriage for young men. Valentine, realizing the injustice of the decree, defied Claudius and continued to perform marriages for young lovers in secret. When Valentine’s actions were discovered, Claudius ordered that he be put to death.

Several other tales may be found in the full article here.

Regardless of which tale is true or not, the holiday has found its way into our customary celebrated holidays brimming with pink, red, hearts, flowers, and, of course, chocolates.

This Valentine’s Day, however, doesn’t have to be like the last or the last before that one either. Give a Valentine’s Day gift from the heart – a Cocoa Butter Heart. Giving a gift that doesn’t wilt after a couple days, but that can actually be used to soften hurting, itching skin or give silky smooth skin to someone who struggles with keeping their skin hydrated will truly make a difference for them, and they’ll be so grateful!

Here are a few Valentine’s Day gift ideas that are from the heart: 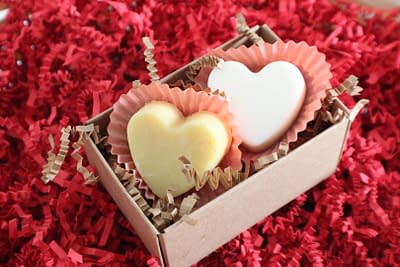 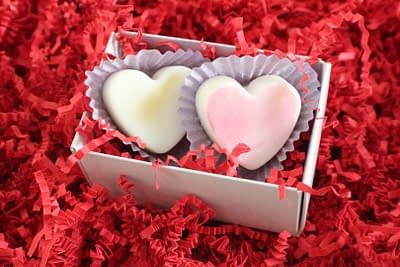 The second option is the Sweetheart Sampler in Tropics which includes one Coconut Body Butter Bar™ and one Citrus Body Butter Bar™. Did I mention it’s only $8.95?! It’s the most excellent and affordable way to share the love with friends, loved ones, teachers, your hair stylist, whomever!

Unsure what a lotion bar really is? Check out this short video: here.

2. Love Moisturizing Soap – Blooming with florals and a sexy, decadent fragrance with brilliant fruity citrus top notes marrying with lily of the valley and hyacinth notes. It truly is love encapsulated in a soap. It’s excellent for hydrating dry skin with its butter base and cocoa butter nutrients. $8.75 for 3.5 oz handmade bar of soap. 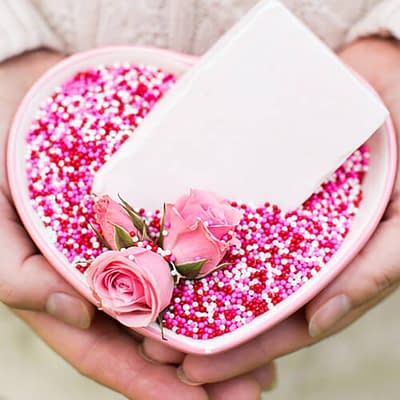 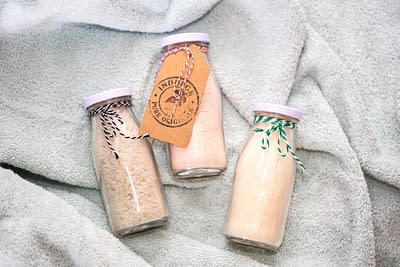 3. Have someone in mind that loves to take baths and soak in the tub? Indulge Pure Originals offers three exceptional Bath Salts & Soaks to soothe, energize, and detox. Choose from:

The Egyptian Musk Salt Soak is perfect for a sultry, calming, and sensual experience. Unwind and de-stress in pure Himalayan Pink Sea Salt comprised of iron, magnesium, potassium, and calcium for a nutrient-rich salt soak in a light, sultry scent.

For the athlete in your life, the Oatmeal Salt Soak is the perfect companion after a hard workout. Designed to soothe aching and tired muscles with authentic, unprocessed Celtic sea salt in a calming scent, it removes toxins and impurities while delivering vital trace nutrients and elements to ease strained muscles and tired bodies. $8.00 for 8 oz.

For every gift you give, make sure it’s given in love. If you have any questions about gift ideas, custom gift sets, etc, you may always contact me via email at [email protected], send me a direct message on Facebook or Instagram. I’m here to help you make this Valentine’s Day a memorable one.

About the Author: Alexandria

Follower of Jesus, Mother of twins, Fur-mom to two cats and a dog, CrossFitter, Founder of One Mo' Rep Fitness community. Lover of natural skin-care, natural remedies to heal and aide, health, and wellness.